I always contemplated about how the philosopher like Aristotle, the poet like Mirza Ghalib, the sought-after speaker like Abraham Lincoln, the novelist like Ayn Rand made their way through the colorful words and played with it so well that readers and audience stayed astounded. They tweaked and operated this rhetorical device so well that the next curve of our well spoken and the written world lies under the roof of Figurative speech. In fact, as Per 2005 US Research study- Metaphorical verbosity in the presidential inaugural address differentiated charismatic over non-charismatic US presidents.

What all I mean to say is, If you want your words to inspire others, influence them to take an action then you should start utilizing more time in writing new metaphors and analogy to sound more profound public speakers and thoughtful writers.

You might want little more of the definition so As per Wikipedia It says- A figure of speech or rhetorical figure is figurative language in the form of a single word or phrase. It can be a special repetition, arrangement or omission of words with literal meaning, or a phrase with a specialized meaning not based on the literal meaning of the words. Figures of speech often provide emphasis, a freshness of expression, or clarity. However, clarity may also suffer from their use, as any figure of speech introduces an ambiguity between literal and figurative interpretation.

Winston Churchill said- “Your speech should be like a girl’s skirt, long enough to cover the subject and short enough to raise curiosity.”

“Your speech should be like a pencil, it has to have a point.”

All the quotations typed above are the quintessential examples of Figurative speech.

If you are ready to step ahead and dive deep into this magnificent and rhetorical device to come out as a million dollar speaker or writer then keep reading.

There is more than hundred Figure of speech but all of them do not hold much prominence than these 5 persuasive tools.

They are the easiest tool as it does a direct comparison of characteristics between two unrelated things using the terms ‘as’ or ‘like’ explicitly.

He looks as innocent as lame.

One of the best examples for this, is a famous dialogue from the movie, Forest Gump- Life is like a box of chocolates.

Unlike similes, metaphors don’t use the connecting words like or as however it also does a direct comparison between two unrelated things. Besides its implicit approach, it has the power to re-energize your not-so-active listeners and engage your readers. In Aristotle’s word- It is the best literature tool you can master.

Mother Teresa had a heart of gold.

World is a stage, learn to play your part the best.

He is a laughing Buddha.

Even Most of the famous brands across the globe pay tribute to the power of metaphorical tagline. Mercedes advertised-

Hyperbole broadens up your horizon to exaggerate anything up to the extreme of its kind but it is not supposed to be taken literally.

Your sin cannot be forgiven by the god itself.

I’ll die before I lie to you.

It personifies the character of animals, objects, and ideas by giving it human-like attributes. This is one of the favorite figurative speeches of poets and fiction writers.

A poem written by William Wordsworth is the paragon of personification as he carves the way through human feelings and brings the nature alive in his words.

I Wandered Lonely as a

Cloud When all at once I saw a crowd,

A host, of golden daffodils;

Beside the lake, beneath the trees,

Fluttering and dancing in the breeze.

Don’t worry, these are not for morons but for the moronic emphasis by combining two contradictory words in the sentence. yes, It’s crazy but makes a lot more sense when used in conversation to bring rhetorical effect.

Recently, in one of the sessions at Pep Talk India, I was narrating a story where I mentioned, my sibling was born one auspiciously doomed day and then everything went chaotically settled in my life. It actually turned many heads around and that’s how I engaged my audience using oxymoron for special effect.

Don’t just believe me, believe the history and attentively the greek’s legends who used them so early and brought charm to the language for us to learn and follow. The figure of speech does wonder to your overall ability to put the words together in the most creative however emotional way possible. Though we don’t use the figure of speech a lot in our day to day small talk as it may blur the actual meaning nevertheless, in Public speaking it rules till the zenith.

Having mentioned its kingship in creative writing and persuasive oration, there is one thing you should never forget: We all have a different approach to understand and present our thoughts and feelings Hence, discover your personal style of dressing the words together. 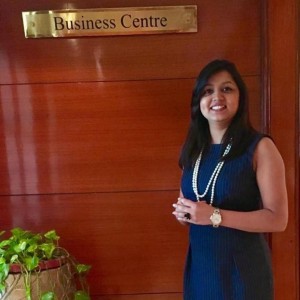